One of the most famous, most interesting, most visited and most unique places in Prague. If you get to know Prague and walk through its streets, you will often not even notice that you have left one part of Prague and entered another. In the case of the Old Town of Prague, something like this will definitely not happen to you. As soon as you enter it, the atmosphere of this place will completely engulf you.

The Prague Old Town was founded on the right bank of the river Vltava and in the 10th century it was the center of the then principality. On one sight, it is clearly bordered by a river and on the other, it is surrounded by the New Town of Prague, which was founded by Charles IV. in the 14th century. However, Charles Bridge also belongs to the Old Town. It is interesting that inside the Old Town there is another separate district of Prague. Namely, the former Jewish ghetto, Josefov.

Until 1783, the Old Town was an independent city. It had its city walls and a moat in front of it. Only two towers have preserved from the city walls to present time. However, both are hidden in the courtyards of newer houses and it is almost imposible to see them.

Probably the most used entrance to the Old Town, outside the Charles Bridge, is and probably always has been, in the place where the Powder Gate stands today. This beautiful neo-Gothic building dignifiedly represents the Old Town from the outside. From the Powder Gate, Celetná Street leads us directly to the center of the district, to the Old Town Square. Along the way we can admire the baroque facades of houses with historic house signs.

The Old Town Square deserves its own article. As well as its most famous attractions, the famous Prague Astronomical Clock, installed on the wall of the Old Town Hall. On the square, however, we are also attracted by the majestic Gothic Týn Church, the old-new Marian Column, the Church of St. Nicholas, or a monument to master John Huss. It is not easy to list all the important buildings and places on the Old Town Square and not to forget any.

However, we do not have to go only along the King´s Route. If we decide to roam the side streets, we will not be deprived of any other attractions. The classicist building of the Estates Theater with the Carolinum complex are just some of them. The smaller squares of the Old Town, such as Fruit market, Havelský square and Coal market, are also worth a visit. We must not forget the Bethlehem Square with the famous Bethlehem Chapel, or the Marian Square with the New Town Hall of Prague and the National Library.

Although the Old Town is only a small part of Prague in terms of area, it is certainly one of the largest in terms of significance, if not even the largest. Choose the date and type of a guided tour of the Old Town on this site and get to know it with your own eyes in the company of a guide. 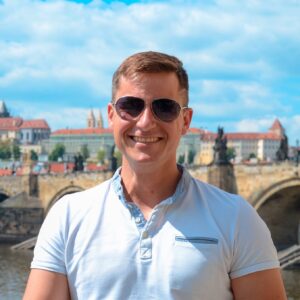